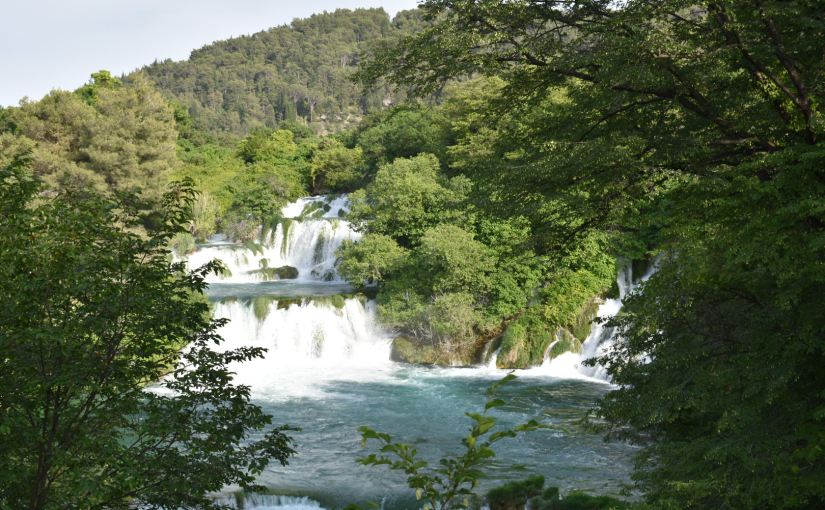 As I write, I’m leaving the port of Zadar, which is the most important port geographically and economically in the Adriatic Sea. Therefore historically, whoever controls the port of Zadar, controlled the whole Adriatic. For hundreds of years, Romans, Venetians, Ottomans, Byzantines, Franks, Croatians, and Austro-Hungarians have fought over the port.

During World War II, Zadar was under Fascist Italian control, and therefore had Italian architecture. After the war, the Communists destroyed much of the architecture and parts of the city: they never wanted the Italians to come back.

Now, the city is speckled with ruins from all the different time periods. A Roman forum here. A temple to Jupiter Optimus Maximus, for the gods Jupiter, Juno, and Minerva, there. Communist block buildings. Italian gothic architecture and the winged lion of Venice. Cisterns and basilicas from Byzantium. A gryphon, which the Croatian pagan tribes used to pray to, at the top of a column later used for torture. The same column was used for punishing women. Trees from China, Japan, Persia: all because the trade/ military ships entered the port. There is a cosmopolitan-sense to the city, it’s clearly a place where people from every which way of the world came.

I asked the guide, “Who exactly are the Croatians?” The Croatians are people that came from Persia to Poland, and then veered south and came to Croatia. It’s a mixture of what we consider to be Islamic and Slavic, Slavic and Austro-Hungarian. Their language also contains Turkish, Italian, and Arabic words. Their food is an amalgamation of all the different cultures.

I don’t think that words will do Krka National Park justice, so enjoy these photos. 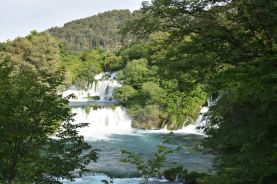 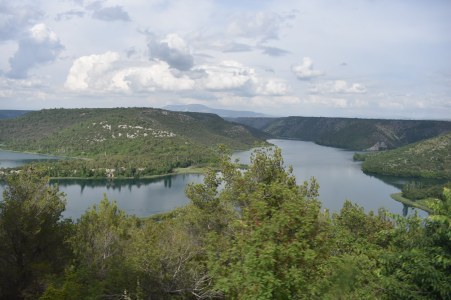 I’ve only had a taste of Sibenik, but the town’s beautiful two UNESCO amaze me.

It seems that every little town in Croatia has the relics of a Saint. It’s the same story: they stole the Saint from this town and then the Saint traveled around in 1200 and now it’s in a tiny Croatian town. 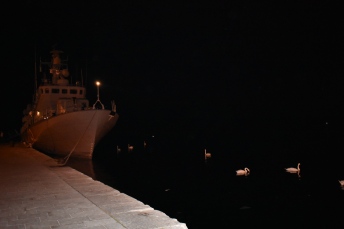 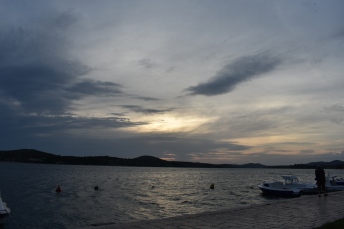 Tomorrow, we’re going back to Roman roots with the town of Split, that was built as Diocletian’s palace in the 4th century. I’m beyond excited.

One thought on “May 22: What makes a Croatian Croatian?”